I’ve had a beard for the last ten years or so. But in the last three or four years, beards have become very stylish and it seems that everybody is trying to grow a beard. They’re all just jumping on the bandwagon (Trittbrettfahrer), I tell you! 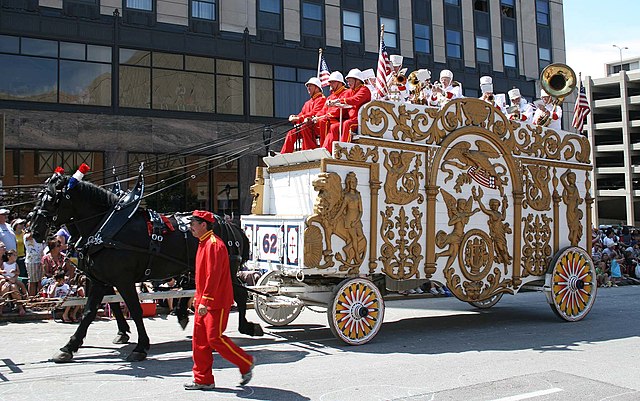 This massive vehicle pictured above is a bandwagon. These things became popular in the late 1800s during parades- the bandwagon usually went at the head of a section of a parade, and allowed the band to play louder than they would have if they’d had to march.

Now we just use the phrase „to jump on the bandwagon“ when we talk about people who are part of the crowd or just like to „go with the flow.“